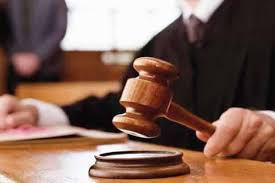 MANSEHRA: A district and sessions judge has turned down the bail plea of a woman, who had allegedly deceived a friend to her residence where her husband along with his accomplices filmed the victim naked after sexually assaulting her there.

Jamaluddin Khan, the district and sessions judge of Torghar and currently based in Oghi tehsil of Mansehra district, heard arguments of both the parties, and rejected the bail plea of the accused woman arrested as co-accused along with her husband. Personnel of Darband Police Station had arrested two accused Abdul Jamil and Najmul Saqib after video clips surfaced in which they were torturing stripped women and filming scenes were aired on social media last month. One of the victim women had recorded her statement before the court under section-164 of PPC, stating that she was deceived by the wife of one of the arrested accused, Abdul Jamil, to her residence in Darband where she was sexually assaulted and filmed naked.

Advocate Saeed Ahmad, who pleaded the victim’s case in the court, told reporters that on completion of his arguments, the judge refused the bail to the accused, who was arrested along with Abdul Jamil. Meanwhile, a local court in Oghi also turned down the bail plea of accused Mohammad Sabeel and Abdul Rehman in the murder of one Mohammad Faroz. The accused had managed to flee after the murder but the police arrested them last month.