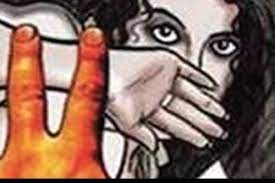 The In-charge Investigation Sub-Inspector posted in Saddar Okara Police Station was arrested over allegedly raping a woman. The accused sub-inspector was arrested on the orders of DPO Hassan Iqbal after a preliminary investigation.

It is pertinent to mention that the victim’s daughter had been abducted, with the case being investigated by the Okara police station. The girl was eventually recovered.

In this regard, the victim had also obtained a court order to get a medical examination done. On the orders of DPO Hassan Iqbal, the victim was sent to hospital.

DPO Iqbal arrested Sub-Inspector Rashid on the spot after a preliminary investigation and a case was registered against him under Section 376 PPC in Saddar Police Station.

On the other hand, Sub-Inspector Hamid Rashid said that he was investigating the abduction of the victim’s daughter, which claimed to conduct with merit. The accused maintained that the victim registered a case against him for a false incident.

In this regard, DPO Iqbal said that a police JIT was set up to complete the investigation on the merits of the case and the requirements of justice will be met. SHO Sadar Okara Police Station Meher Ismail and Mohammad Yar, an employee of the accused Hamid Rasheed, were named in the FIR under Section 109 PPC.

Sexual assaults are an unfortunate commonality in Punjab, with several cases involving the victim being lured to a secluded location under false pretenses.

In December 2021, a woman in Sheikhupura was lured by the accused under the pretext of taking her to buy medicine.

The victim was taken to a secluded spot and allegedly raped, before being dumped at the gates of Allied Hospital three hours later. Police registered a case under Section 376 PPC and began searching for the suspect.

Similarly in Khurrianwala in April of this year, a woman was allegedly gang-raped by property dealers. According to details, the victim was lured to the dealer’s office under the pretext of renting a house.

When she arrived, the accused and two other accomplices allegedly began gang-raping the victim. The victim alleged that two other men present at the scene kept watch. Police registered cases under the relevant sections of the PPC and started conducting raids to find the accused.