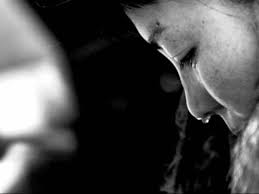 Posted by: admin in Gender Based Violence October 21, 2022 Comments Off on Class six student ‘sexually assaulted’ in college hostel in Murree 48 Views

RAWALPINDI: A class six student was allegedly sexually assaulted by his two fellows in a cadet college hostel in Murree while a woman was allegedly raped by a man in Pirwadhai.

After obtaining permission from the principal, a police team led by ASI Inayat Ali entered the cadet college on Thursday to arrest the suspects. However, they met with fierce resistance from the college staff and students, who allegedly fired gunshots, threw stones at the police, locked them inside the principal’s office and also damaged the police van.

The police said as they called the main suspect inside the principal office and started questioning him, the students, including the other suspects and the college management staff members, started chanting slogans inciting other students outside.

They also pelted the police with stones, however, the police managed to save themselves by taking refuge in the principal’s office, said the FIR.

The police said the enraged students and others locked them inside the office, continued shouting slogans besides firing gunshots. The enraged people also damaged the police van’s front screen by pelting stones

The police also said the college principal rescued the police personnel from the protesters.

Later, the police registered a case under relevant sections of the law against the students and administration officials and launched an investigation.

The police said two of the suspects had been arrested while efforts were underway to detain their two accomplices.

A resident of Lahore lodged an FIR with the Murree police on Wednesday stating that he had enrolled his 12-year-old son in class 6th in the cadet college. The boy was residing in the hostel.

He said he received a phone call from his son on Sunday who started sobbing and looked in distress. After receiving the call, he left for Murree and brought his son back to Lahore the next morning. The boy alleged that four persons entered his room after midnight and two of them allegedly sexually assaulted him.

Meanwhile, the college principal in an audio message disputed the incident saying it was not possible that any student could be harassed in such a way in the well-secured college building.

In the second incident, a woman reported to the Pirwadhai police that she came in contact with a man two months ago who posed himself as a well-off person and could help her financially.

She said the suspect later asked her to meet him at Pirwadhai from where he took her to a restaurant where she was offered a meal. After taking the meal, she was taken to a deserted place in Bangash Colony and sexually assaulted.

The victim was later dropped along a roadside. The police have registered a case but the suspect is yet to be arrested.