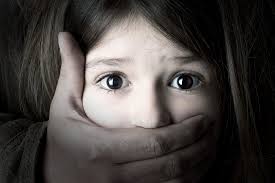 FAISALABAD: A 12-year-old Christian girl who had been abducted at gunpoint by three accused including Khizar Hayat and Ahmed Ali in June 2020, was recovered by the police on Tuesday after about seven months of the incident.

According to the Sargodha Road Police, a raid was conducted on the house of the accused where the police found Farah chained in aroom. However, the suspects managed to escape. According to Farah’s father Asif Maseeh the culprits had abducted the girl for converting her religion and forced marriage.

According to a source, the kidnappers subjected Farah to physical and mental torture. Meanwhile, the police produced the girl before a local court which handed her into police custody and ordered her tests to determine her age.