This category covers all news from Pakistan related Gender in Journalism 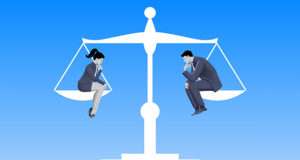 END_OF_DOCUMENT_TOKEN_TO_BE_REPLACED

Female Pakistani journalists share stories of harassment at the workplace

Last Sunday, American actress Alyssa Milano tweeted ‘Me Too.’ The reason: “If all the women who have been sexually harassed or assaulted wrote ‘Me too.’ as a status, we might give people a sense of the magnitude of the problem.” Within 24 ...

END_OF_DOCUMENT_TOKEN_TO_BE_REPLACED

Karachi, Jan 18 (PPI):  Majority of journalists witness traumatic events and should get regular psychological counseling and medical check-ups to ensure their physical as well as psycho-social safety and productivity. Media houses also need to develop implementation of safety protocols ...

END_OF_DOCUMENT_TOKEN_TO_BE_REPLACED

By IKRAM JUNAIDI ISLAMABAD: Female journalists face more surveillance by their audience and readers than by the state and intelligence agencies, research on the ‘Surveillance of Female Journalists in Pakistan’ has found. The pilot study of gendered surveillance, conducted by the ...