A man strangled his wife to death in their home in Block F, North Nazimabad on Monday apparently in the name of ‘honour’. The incident occurred within the limits of Hyderi police station. The suspect Iftikhar Ahmed, who has been ...

END_OF_DOCUMENT_TOKEN_TO_BE_REPLACED

Man kills father of son-in-law in name of honour

SUKKUR: A man allegedly killed father of his own son-in-law and wounded his uncle in the name of honour in area within the jurisdiction of Dil Murad police station in Jacobabad on Thursday. Rehmatullah Katohar told reporters that when he, ...

END_OF_DOCUMENT_TOKEN_TO_BE_REPLACED

SUKKUR: The repulsive tribal tradition of Karo Kari claimed the lives of six women and a man in different parts of Sindh. The Hyderabad Police took into custody the body of a 17-year-old girl Saima Pathan during her funeral and ...

END_OF_DOCUMENT_TOKEN_TO_BE_REPLACED 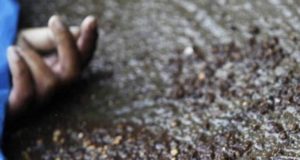 KARACHI: Larkana division witnessed the highest number honour killing cases recorded in the province between the first nine months of 2018, wherein 46 women and 17 men were murdered. According to a report submitted to the Home Department by Sindh Police, ...

END_OF_DOCUMENT_TOKEN_TO_BE_REPLACED 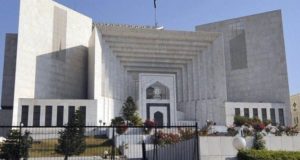 The Supreme Court (SC) was informed by the additional advocate general of Khyber Pakhtunkhwa (K-P) that the provincial police had confirmed the ‘honour’ killing of five girls involved in the Kohistan video scandal. A three-member bench headed by Chief Justice Saqib ...