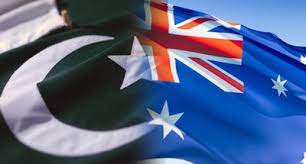 The workshop aims to provide training to journalists on gender-sensitive, ethical, and respectful reporting on violence against women.

Speaking about the workshop on Monday, Australia’s High Commissioner to Pakistan, Neil Hawkins highlighted the importance of gender equality and how societies that value women and men as equal are safer and healthier. Australia is strongly committed to being at the forefront of efforts to empower women and girls and promote gender equality around the world, including here in Pakistan.

“Gender-based violence is a shared challenge and it remains the most pervasive human rights violation around the world. Unfortunately, prevalence is increasing as result of intersecting crises of climate change, global conflict, and economic instability. Crises like the floods that inundated much of the country in August, increase the vulnerability of women and girls to many forms of violence,” the High Commissioner said.

Hawkins reflected on his visit to Quetta last week, where he met with a number of gender-based violence survivors receiving assistance through the support of Australia: “Providing support and care to survivors of violence is critical. However, the focus needs to be on prevention. We must shift social norms that accept violence and tackle gender stereotypes head on. Prevention is the only way to stop violence before it even occurs. This requires greater investment in women’s organizations and addressing the multiple forms of discrimination women face daily.” “The role of media is critical in making this happen. The media has the power to create awareness of the rights, needs and vulnerabilities of women and girls, as well as challenging traditional social and cultural norms and attitudes that condone violence against women,” Hawkins added.

Haussegger said, “Gender-based violence is endemic across all nations and in all communities. As journalists it is our job to shine a light on systemic failures to keep women safe. It is also critical that we deepen our understanding of the role of perpetrators, and support women victim-survivors to raise their voice in the media. “The trainer Amber Shamsi shared, “Unlike theft, fraud or other petty crimes, gender-based violence is intersectional. Journalists and reporters come from the same society which perpetuates gender-based violence and they often need to examine their own bias to be able to report fairly and sensitively. Through the workshop, the Centre for Excellence in Journalism aims to help journalists identify and combat bias and report gender-based violence cases accurately and respectfully.”

Journalists reporting on women rights, including news editors from across Pakistan’s mainstream media attended the workshop.