Posted by: admin in Women Development November 28, 2022 Comments Off on Separate washrooms for women at parks ordered 44 Views

MULTAN: Housing and Urban Development (HUD) Department South Punjab directed all concerned departments to construct separate washrooms for ladies at public places and also sought a report of missing facilities from the concerned departments. The Parks and Horticulture Authority (PHA) initiated a survey to ascertain the missing separate washrooms in all 80 parks supervised by the PHA.

Talking to the media on Sunday, PHA Spokesman Jalaluddin said that 15 new parks were constructed by the Parks and Horticulture Authority (PHA) during the current year, where separate washroom blocks for ladies were constructed.

Jalaluddin said that the report would be dispatched soon to the offices concerned for further instructions. He further said that different development projects were underway at various parks of the city and the department was also focusing on increasing self-income.

He said that recently, the department auctioned various canteens and parking stands, through which Rs10 million in revenue would be generated every year. He further added that the preparation of flower pots was almost in final stages for a flower exhibition, which was slated for the last week of December. He said that 25,000 flower pots were being prepared for the exhibition, while 8,000 pots were being prepared for Marigold flowers at green belts in the city. 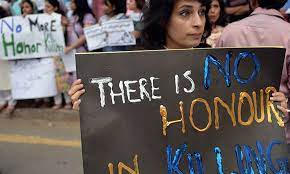