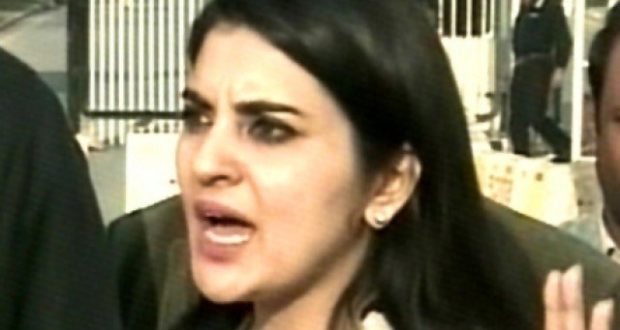 ISLAMABAD: Employers, bosses and men in general were warned on Friday that forcing women workers to join them for diner or any other outing after office hours could be deemed harassment.

“Pestering women to go out for a meal or tea after office hours can also be considered as harassment,” Federal Ombudsperson against Harassment of Women at Workplace Kashmala Tariq told members of business community said on Friday.

Further broadening the meaning harassment at workplace, Tariq said if a woman was being sent repeated Facebook requests despite persistent refusals, she should report it as harassment. “Even a comment on dressing could be reported as harassment,” she said at Islamabad Chamber of Commerce and Industry (ICCI).

Tariq advised women to contact the office of the ombudsperson for harassment at workplace to report such incidents.

“We have come out for the rights of all women,” she told the ICCI gathering held in connection with International Women’s Day.

Terming everyday to be ‘women’s day’, she urged women rights activists to join forces and forge unity, instead of fighting separately. Tariq said the government was trying to promote the representation of women in every organisation. However, she said, every woman should be respected at the place of work and women can file online complaints with anti-harassment ombudsperson, if they feel that they were approached in an untoward manner.

The ombudsperson said cat calls about dressing women walking on the street were also deemed harassment by the law. She assured that the office of the Federal Ombudsperson for Protection against Harassment of Women at the Workplace decides cases within a month and help women get their right.

The major impediment for women not becoming part of economic activities was fear of harassment. If women become part of the economy, the country’s GDP will double, she said, adding a prerequisite was safe working environment for women. Participation of women in chamber of commerce needs to be increased, she said reminding that according to the UN agenda, at least 30% of women were required to participate in decision-making process.

Tariq said that the government has passed a bill securing women’s right to inheritance and for this women can come to ombudsperson. About the increasing workload, she said that the work at the ombudsperson’s office has increased 12 times because more and more women were speaking up against excesses of their bosses and male colleagues.