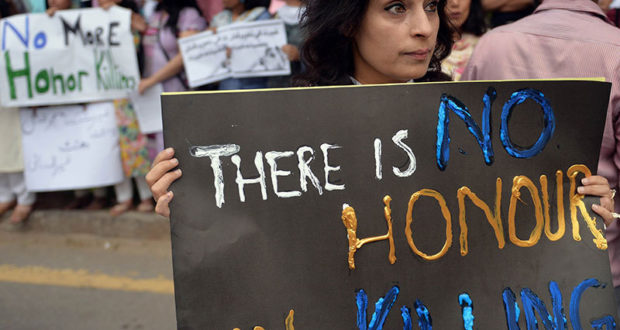 MANSEHRA: A man shot dead his sister and her alleged paramour on Saturday, the police said.

“Both the murders took place separately, as first the woman was killed and then the man with a gap of four hours,” deputy superintendent of police Bashir Khan told reporters. He said the man was shot dead in Oghi and the woman in Lambi Dehrai area of Mansehra. The suspected killer belonged to Kohistan, he added.

DSP Bashir Khan said a police party had arrested the suspect while he was fleeing after killing his sister.