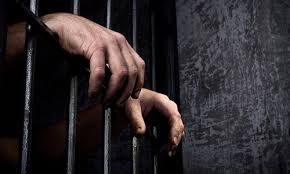 KASUR: Khudian police arrested its assistant sub-inspector (ASI) and lodged a criminal case against him for allegedly raping a woman at gunpoint in her house in Bhagwanpura village.

District Police Officer Imran Kishwar suspended the ASI and ordered that he be sent behind bars.

According to the complainant, the ASI entered her house and raped her at gunpoint.

However, the police claimed that initial medical examination of the woman did not reveal any rape, while swabs had been collected for a DNA test.

Police also claimed that the woman and her husband were wanted by Khudian police in theft and fraud cases.

Police were looking into the matter.

ROOF COLLAPSE: A woman died while another and her minor son suffered injuries when the roof of their house collapsed on Sunday in Raja Jang village.

Maqbool Bibi, 40, Rashida Bibi, 35, and her four-year-old son Umair were sitting in a room of their house when its roof caved in due to its dilapidated condition.

Villagers and Rescue 1122 personnel recovered the body of Maqbool and the injured Rashida and Umair from the debris. The injured were rushed to Raiwind THQ Hospital.

ROBBERY: Three unidentified suspects looted gold jewelry and cash worth Rs1.4 million from a family on Shahbaz Khan Road. They also fired in the air while fleeing from the scene.

The unidentified suspects on a motorcycle chased Muhammad Umar and his family members who were on a car, intercepted them near Kashmir Chowk and robbed them of 13-tola gold jeweler, Rs20, 000 cash and mobile phones.