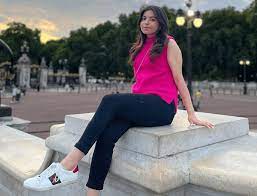 Posted by: admin in Gender Based Violence August 26, 2022 Comments Off on Ana Sheikh Gets Pre-Arrest Bail in Faisalabad Girl Torture Case 21 Views

Ana Sheikh was herself present in the court as Additional District and Sessions Judge Haider Ali heard her application and announced his verdict.

A few days ago, the Islamabad High Court (IHC) granted a four-day protective bail on a surety bond of Rs25, 000 to Ana Ali Sheikh in abduction, torture and abuse case of medical student Khadija.

Last week, influential businessman Sheikh Danish Ali along with five other men allegedly abducted, tortured and sexually assaulted Khadija in Faisalabad. Police took action against six suspects after footage of the victim being attacked and humiliated spread like wildfire on social media. In the harrowing visuals, Sheikh Danish Ali, who runs a lucrative textile business in Faisalabad, along with Maham, a classmate of the victim, can be seen not only mercilessly thrashing Khadija but also hurling verbal abuse at her at their residence in the upscale Paradise Valley. On August 9, Danish and his daughter, along with a group of men, broke into Khadija’s home and kidnapped her as well as her brother after the student rejected Danish’s advances.

According to the FIR, they also stole valuables including Khadija’s mobile phone, gold bangles and Rs500, 000.  The victim said that when she declined to marry her friend’s father, she was humiliated, tormented, and filmed. She claimed that her friend had also urged her to accept the offer.

Faisalabad Capital City Police Officer (CCPO) Umar Saeed Malik took the notice of the incident and registered a case in the women’s police station against the culprits. The police have arrested six accused persons Danish, Maham, Khan M, Shoaib, Faizan and Asghar involved in the case.