Posted by: admin in Child Marriage October 8, 2022 Comments Off on After KP, Sindh has highest rate of child marriages, moot told 36 Views

KARACHI: The National Commission on the Rights of Child (NCRH) and the Sindh Human Rights Commission (SHRC) have organised a consultation meeting on ‘Implementation of the Sindh Child Marriage Restraint Act-2013’ at a local hotel here.

In her opening remarks, SHRC chairperson retired Justice Majida Razvi said that child marriage is an important subject, a topic that affects the entire country. Giving example of the case of the underage marriage of a girl and its various stages and court decisions, she said it showed that the biggest gap here was age. Earlier, the requirement to get married used to be 21 years for a male and 18 years for a female. Then there were changes that included the female to be 16 or for her to have reached puberty. But puberty for females happens earlier than that and marriages started taking place early due to this.”

She said that after the 18th Amendment, the Sindh government made the Sindh Child Marriage Restraint Act in 2013 which states that a female should be 18 years old or above for marriage. “Though Sindh has implementation issues, there is also awareness regarding the issue as everyone here wants the law to be fully implemented here. But the other provinces don’t have this law. There is a difference in the legal ages to marry in other provinces. Had there been a uniform law in all the provinces of Pakistan, the problems we saw in the [girl’s] case wouldn’t have happened,” she said.

Jawadullah Khan, acting chairperson of the NCRH, claimed that one of the issues in implementation of such laws was the interpretation of Islamic laws. He also pointed to the fact that girls were always affected and married off early in the wake of disasters such as floods, earthquakes, war, etc.

NCRH member Iqbal Detho said that there were some compromises made in the child marriage bill to make its passing easy in the assembly.

“One such compromise was doing away with the word ‘minor’. A minor is not competent to go into contract so the word would have helped the bill,” he said, while urging stakeholders to identify the gaps in implementation of the law.

Sarah Zaman, an expert on child rights, pointed out that when we speak of child marriage, we are usually talking about girls.

“We don’t focus on boys’ marriage,” she said, adding that it was sad but true that child marriage was used as a coping mechanism during disasters.

She also said that child marriage was a social, political and deeply economic issue.

Mehwish Maria, a child protection officer with UNICEF, said that after Khyber Pakhtunkhwa, Sindh has the highest rate of child marriages. While quoting a UNICEF research, she pointed out that there is a high rate of people’s acceptance of child marriages here.

DIG Sharjeel Kharal said that the issue of child marriage was as important for police as homicide and robbery.

He also said that under the Act, the police have been empowered. “Violation of the act is a non-bailable and cognizable offence. And with that comes the responsibility to not misuse the Act and play a role to pre-empt and prevent any violation,” he said, while admitting that they had no dedicated unit within the police to deal with the issue of child marriage and that there was also a shortage of female police personnel, whom they need for implementation of the Act, especially in rural areas.

Nuzhat Shirin, chairperson of the Sindh Commission on the Status of Women, said that the commission had reviewed many laws pertaining to rights of children and women. “And we have seen that in cases of child marriages, it is the police who overshadow the violation. So there is a need to look at the service providers and how they move ahead with the law,” she said.

Dr Shirin Narejo, secretary at the social welfare department, said that there was also an issue of over-legislation and not looking beyond the making of laws here.

MQM MPA Mangla Sharma said that things become even worse when people see girls pushed into early marriage not getting any justice even after a law against the practice. “But when they see resistance from anywhere, there is a breakthrough,” she said, adding that if we cannot obey the law regarding early marriages, which has everything to do with age, then we should also disregard the age restrictions from other things as well such as voting rights.

NCRH member from Sindh Anis Haroon said that it was a big violation of the rights of a girl if she was married off before the age of 18 years and also gave birth to a child. “Maternal mortality ratio and malnourishment is a big challenge here,” she remarked, adding that parents often marry their daughters early to secure their future but they are actually making them more vulnerable. 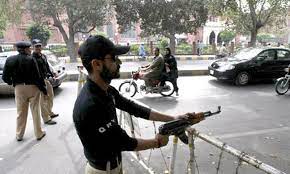 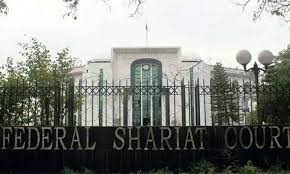 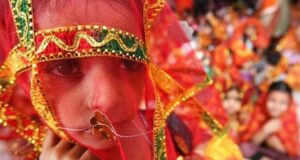