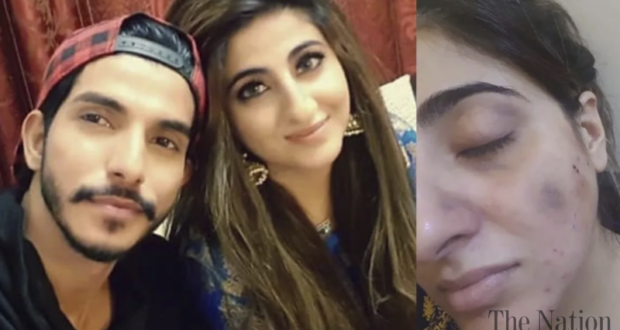 Actor and singer Mohsin Abbas Haider ‘s wife Fatemah Sohail took to social media, where she alleged that she faced domestic violence at the hands of her husband.

Later, she decided to contact one of her friends, who took her to the hospital. Fatemah, who also happens to be pregnant, disclosed that the doctor refused to conduct a check-up as it was a “police case”. However, after sometime she had her ultra-sound done to find out that her child was safe.

Fatemah also revealed that she has filed a case against her husband and that she’ll be “seeing him in court”.

Business Recorder: Mohsin Abbas Haider says he will address abuse, cheating charges against him in a presser