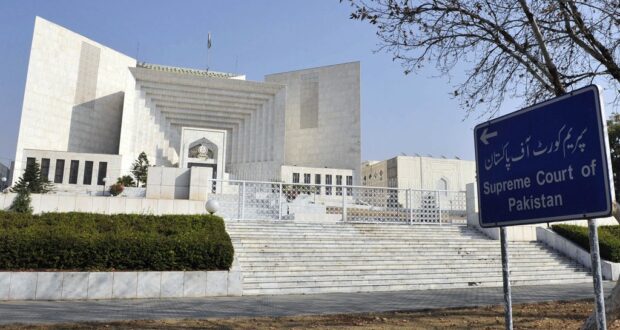 A 90-year-old woman has approached the Supreme Court of Pakistan to get her Mehar (dower) after 75 years of marriage.

A three-member bench of the court, headed by Justice Mushir Alam, heard the case on Saturday.

The lawyer of Saeedah Sultan, a petitioner from Peshawar, said that her client’s Mehr was 3 Kanals and 10 Marlas but she was unable to get possession despite the verdict being in her favor.

The court said that the issue of execution can be sent to the session’s court or the application will be rejected.

The court adjourned the hearing till November on petitioner’s request for some time to think.

Speaking to media after the hearing, Saeedah said that she got married at the age of 15 and now she is 90 years old.

“If we go to the session’s court again, we will only be able to get justice at the age of 200,” she added.

According to data issued by the National Judicial Policy Making Committee (NJPMC) more than two million cases were pending in the Supreme Court, Federal Shariat Court, high courts and the district judiciary.

Chief Justice of Pakistan (CJP) Gulzar Ahmed, last month, had admitted that despite the best efforts, the number of pending cases increased.

“I must say that the effect of Covid-19 was enormous and despite our best efforts to reduce the backlog of cases, the number of pending cases has increased slightly”, he had said while addressing a ceremony.

However, when the intensity of Covid-19 was reduced in Pakistan in one month of August, 2020, the rate of disposal of cases increased, that is, against institution of 691 cases, 1076 cases were decided, and I am confident that in coming months, the pattern will continue and the rate of disposal shall increase further”, he said.

He said that the apex court had disposed of 12,544 cases during the previous judicial year, leaving the pendency of 45,455 cases.