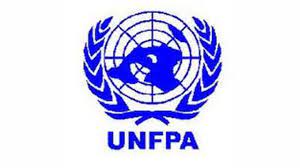 ISLAMABAD – Violence against women is one of the most prevalent human rights violation across the globe as it is a life-threatening health and protection issue. According to the statistics, 32 per cent of women have experienced violence in Pakistan. Half of these women never sought help or told anyone about the violence they had experienced. Gender-based violence takes many insidious forms in the real world to online platforms including physical, sexual, psychological and digital violence.

Any form of violence affects survivors’ physical and mental health, may cause anxiety, depression, suicidal thoughts or behaviors, and post-traumatic stress disorder (PTSD). Survivors may lose their sense of individuality, dignity, or self-worth, said a report issued by the United Nations Population Fund (UNFPA) on Friday.

One of the most prevalent forms of violence these days is digital violence or virtual abuse of women and girls.

Digital violence includes online sexual harassment, cyberbullying and non-consensual use of images and video. Globally, 85 percent of women reported witnessing digital violence, and nearly 40 per cent have experienced it personally.

Hate and devaluation of women online cause long-term psychological, emotional and physical distress. According to global statistics, nine out of ten women (92%) report that online violence harms their sense of well-being and over a third (35%) have experienced mental health issues due to online violence.

Digital violence impacts professional and economic livelihoods of women and girls who depend on online and social media spaces. Women and girls have the right to feel safe in all spaces, wherever they are. 16 Days of Activism against Violence against Women have been initiated.