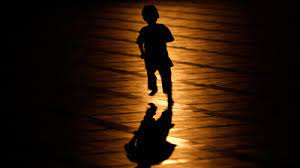 Posted by: admin in Gender Based Violence 11 days ago 0 10 Views

LAHORE: Around 2,960 children were sexually abused during the year 2020, it was revealed by Sahil, an NGO working to create awareness about child sexual abuse in Pakistan, at a press conference at the Lahore Press Club on Monday. Out of this number, 2,587 incidents were reported to Police in the year 2020.

Sharing the alarming numbers with media, the NGO told that 1,510 girls and 1,450 boys became victims of sexual exploitation. This data brings the numbers of abused children to more than 8 per day. The reported cases have been categorised as; abduction 673, rape 305, sodomy 459, gang rape 98, gang sodomy 189 whereas, 37 boys and 27 girls were murdered after sexual abuse. There are more horrible incidents in which 7 boys and 3 girls were murdered after gang sodomy and rape.

The report further revealed that 345 children were found missing from their homes. 119 cases of early child marriage and 7 of Vani were recorded. The statistics show that out of total 2,960, in 1,579 cases the abusers had acquaintance with victims or their family. In 289 cases, the strangers emerged as abusers.

As far as age of the children is concerned, as many as 1,020 children between 11-15 year-olds suffered this humiliation and after that 6-10 year-olds suffered the most. Their number was 678. Children abused at their own places were 772. There were 460 cases of abuse in open fields, streets, graveyards, by the canal and jungle. There were cases also reported at acquaintance’s places, haveli, madrassa and workplaces.

The province-wise cases were as follow: Punjab 1,707, Sindh 861, KP 215, Federal 102, Balochistan 53, AJK 18, and GB 4. Sahil calls for an effective awareness campaign for the protection of children from this evil, introduce new legislation, where necessary, and make sure the implementation of enforced enactments, a comprehensive rehabilitation/support system for victims of abuse and inclusion of protection messages in curriculum.