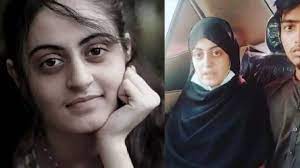 Posted by: admin in Miscellaneous News August 31, 2022 Comments Off on Zaheer, his brother sent to prison in underage girl’s marriage case 13 Views

An additional district and session court of District East on Tuesday recalled the interim pre-arrest bail of Zaheer Ahmed, a Lahore-based man who is facing criminal charges of marrying an underage girl from Karachi, and his brother, and sent them to prison.

Ahmed and others were booked on charges of kidnaping the underage girl. According to the police, the accused kidnapped the girl from the Al-Falah area of Karachi with the abetment of several co-accused and married her in Lahore.

The court granted a prosecution application for a medico-legal examination of the girl. It had accepted the charge sheet against the defendants under kidnapping, Sindh Child Marriages Restraint Act and prevention of trafficking of persons’ laws.