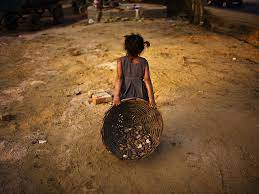 LAHORE: Today is World Day against Child Labour being observed across the world and the theme of this year is ‘Action Taken’. One wonders who took action against whom. The growing incidents of violence against domestic workers especially children reflected the painful side of the story.

A total 74 incidents of violence against domestic workers were reported by media in the last 25 months (Jan-2019 to March-2021) at the ratio of three cases a month. The number of cases may be much higher because many cases never reached media for multiple reasons.

The data was collected from four English and 12 Urdu newspapers. WISE noted that these incidents should help raise awareness in the society, bring necessary changes at the level of policy and regulation to counter violence against domestic workers, specifically children.

In 41 percent of the cases, male employers committed violence against domestic workers, in 13 pc cases it was women while in 29 percent cases, both men and women employers were found involved in committing the crime.

Punjab enacted the Domestic Workers Act in February 2019 to regulate the working conditions of domestic workers. Article 3 of the Punjab Domestic Workers Act 2019 says, “No child under the age of 15 years shall be allowed to work in a household in any capacity,” and it also says that domestic worker under the age of 18 years should only be engaged in light work in a household.

Some of the recommendations that WISE gives are, “Provision of livelihood opportunities to the poor parents so that they do not put their children in any domestic work, provision of free and compulsory education till matric to all the children under 16 years of age which article 25-A of Constitution promises, constitute a watch committee comprising representatives of Police, Judiciary, CPWB, Labour and Education departments and NGOs to check cases of violence and immediately constitute Child Rights Commission and introduce a child protection policy.”

Elimination of modern slavery by 2030 is part of Goal 8 (Target 8.7) of the Sustainable Development Goals of which Pakistan is a signatory. Nobody knows how many domestic workers are there in the country. In 2012 ILO estimated there were at least 12 million domestic workers in Pakistan, out of which 8.5 million were women and children.

Meanwhile, Search for Justice and Children Advocacy Network (CAN Pakistan) jointly urged federal and all provincial governments to make effective efforts for the implementation of laws and policies for elimination of child labour in all sectors.