Islamabad : Women Workers Alliance and 13 Chambers of Commerce and Industry (CCIs) joined hands for a collaborative, coordinated, and cooperative approach towards addressing the issue of women workers and improving their economic participation.

In this regard, a joint declaration was agreed upon by the Women Workers Alliance and authorized representatives of the chamber of commerce and industry of Islamabad, Karachi, Haripur, Peshawar, Gujranwala, Mardan, Rahimyar Khan, Quetta, Sukkur, Faisalabad, and Jhelum at an event organised here on Thursday. The declaration called upon the government to introduce reforms in labour laws and incentivize progressive employers. Both parties resolved to work together to ameliorate the working conditions for women as a means to improve the economic growth of the country.

The unique gathering of the representatives of employers and workers was facilitated by Trust for Democratic Education and Accountability (TDEA) under its project Enhancing Women Workers Access to Market (EWAM), which is supported by the Embassy of the Kingdom of the Netherlands. The members of the National Steering Committee of WWA and the presidents or their nominees of CCIs attended the event.

In a Joint Declaration resolved to establish Joint Employer-Women Workers Working Groups in the aforementioned districts. These groups will act as a bridge between employees and employers to resolve issues related to the provision of minimum wage, employees’ contracts, separate washrooms for women, and the formation of protection against harassment at workplace committees. The Joint Declaration also called upon the government to complement this unique understanding by updating labour laws, ensuring their enforcement, and introducing administrative measures to improve the working conditions of women workers. The Declaration also called upon the government to incentivize the employers for compliance with labour standards as set in the international conventions and national laws on the subject in order to provide improved working conditions at the workplace, especially for women.

Ambassador of the Embassy of the Kingdom of the Netherlands Wouter Plomp, Parliamentary Secretary for Commerce, Trade, and Industry Aliya Hamza Malik, Chairperson Commonwealth Women Parliamentarians Shandana Gulzar Khan, TDEA Director Programs Muddassir Rizvi, and EWAM Team Lead Uzma Farogh also addressed the gathering. Shandana Gulzar emphasized the need for the government to take ownership of the issues facing women workers. She drew attention to the economic losses incurred due to the under-representation of women in the national labour force. Aliya Hamza Malik underscored the importance of the workers’ perspective especially of women in resolving issues related to commerce and trade in the country. 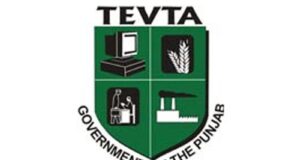