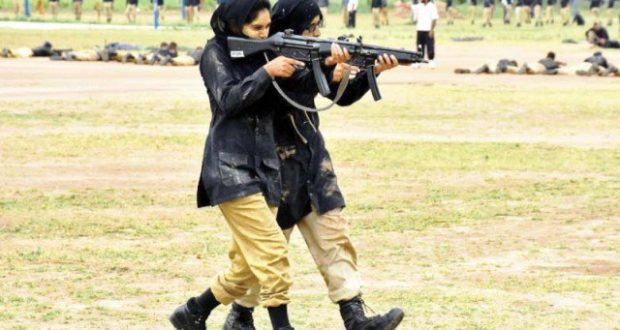 Lahore: It goes without saying that the Punjab police is overwhelmingly male dominated and this is substantiated by the statistic that just 2.66% of a total force of 160,000 people consists of women.

The imbalance can also be gauged from the fact that just 1.43% of the total 4,269 officers are women. Of all the female police officials, 75% are serving at a rank no higher than constable.

Despite this skewed proportion of representation, the women members of the force holding these positions do feel privileged. Woman constable Moona Aslam says the uniform brings with it a sense of protection and confidence. “Even when they are out of uniform, the female officers are alert and more sensitised compared to other women.” In her response towards harassment, she believes policewomen are capable of dealing with such a situation in a more effective manner. 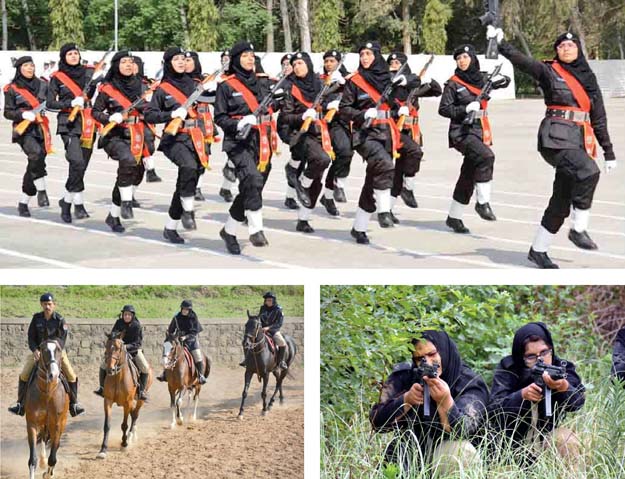 “I was a master’s student at Punjab University and went to Qaddafi Stadium over a decade back to watch a match with friends,” Aslam recalls, while talking about her reasons for joining the force.  “I met a female inspector on duty. I found her personality fascinating and we started talking to her. The officer was so kind and gentle. During the conversation, I asked how I could also join the force. She told us about recruitment against a few vacancies in the following month. When I applied for the job, I was even unaware of the ranks,” she giggles. It was only during training that Aslam came to know that she will be joining as a constable.

“I have been serving in the department for over a decade. Of course there are a few issues that need to be addressed on an immediate basis.” However, her overall experience and performance has been exceptional.

She cites lack of transportation as one of the main issues that is amplified for women during odd duty hours or security duties. “If such issues are resolved, the department is a good place to serve,” the constable continues.

Sub-inspector Shamim Akhtar, 52, has been serving the police since 1991. “I joined as a constable after being inspired by Hema Malini in a film. I was the blue-eyed child of my father and requested him to allow me.” Akhtar says that when she joined, the situation in the force was quite different. “People did not like women doing jobs. Doing a job for the police department was thinking completely out of the box.”

The mindset has changed drastically since those times, she says. “Now, well-educated girls are joining the department and that is a very good sign.” She stresses on the need for more women to join the department.

“In all these years, I have played different roles.’ Akhtar has served as a head clerk and even an investigation officer (IO). In her time as an IO, she has led raiding teams to arrest suspects from far flung areas. “This has been a sensational experience,” she adds.

In conclusion, Akhtar advises the department to take more steps to encourage women; especially at a time when attitudes towards working women are changing for the better. “More women police stations should be established. And issues like transport and daycare centres should be resolved.”