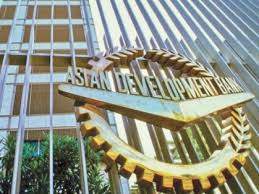 Khyber Pakhtunkhwa Senior Minister Atif Khan on Thursday sought financial support from Asian Development Bank (ADB) for women entrepreneurs in tourism sector to make them financially independent, which would ultimately contribute to the country’s economy. “There is a lack of funds, planning and interest from the political as well as bureaucratic circles in implementation of projects,” said Khan, who is also holding tourism portfolio. He also came down hard on projects launched even by the Pakistan Tehreek-e-Insaf government in Khyber Pakhtunkhwa.

He was addressing a seminar “Liveable Cities for All; Promoting Gender Smart Urban Development in Pakistan,” which was organised by ADB and was designed to support the government of Pakistan in achieving its strategic goals in urban sector. The ADB’s urban operational plan under Strategy 2030 also underscores the importance of liveable cities that are economically competitive, socially inclusive and environmentally attractive.

Atif Khan said that funds are required for such discussions and projects implementation, but there is neither will nor interest from the political or bureaucratic end. It is serious issue and needs discussions and needs to be looked at more seriously.

He further said, “We do not realise if 51 percent women are excluded from decision-making and are not made financially independent, the country cannot progress. Until women are not independent financially, other issues would continue.”

“I will request ADB, if they could, to finance or assist women entrepreneurs to participate in tourism sector because that is the sector in which women can play their role, especially in Chitral, Swat and Hazara,” said Khan.

He said there is a lot of untapped potential in tourism sector where women entrepreneurs can contribute to the country’s economy. Zheng Wu of ADB said that this seminar will contribute to the discourse on creating safe and accessible urban environment especially for women and girls, the vulnerable segment of the society, to realise their potential and capabilities. He said that there is growing change from rural area to cities for jobs and opportunities to improve their lives.