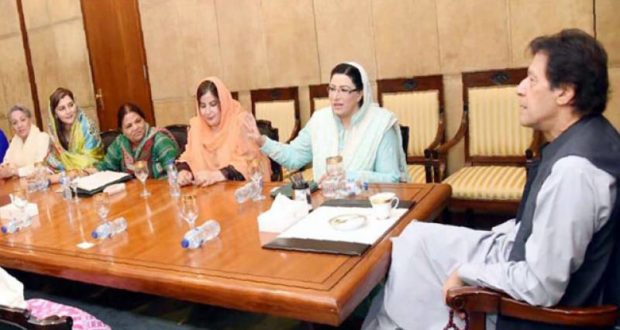 ISLAMABAD – Prime Minister Imran Khan Saturday said women were a vital component of the society and their empowerment was the foremost priority of the government.

During his meeting with them at his chamber at the Parliament House, the prime minister lauded the positive and overwhelming participation of the female Members of the National Assembly (MNAs) during the budget session, a PM Office statement said.

The prime minister urged the female parliamentarians to play a more vibrant role to highlight in the National Assembly the national issues particularly those faced by the women and poor people besides striving for their resolution.

The female member of lower house of parliament lauded the prime minister and his economic team for presenting a balanced annual budget amid difficult circumstances and also congratulated over its passage by the parliament.

They also expressed their confidence in the leadership of Prime Minister Imran Khan.