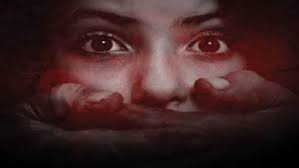 Posted by: admin in Gender Based Violence August 30, 2022 Comments Off on Woman’s tongue bruised as she resists rape 19 Views

The tongue of a hut-dweller woman was injured for resisting a bid of rape while the Inspector General Police (IGP) Punjab has taken notice of the incident and sought reports.

According to the police, on Saturday evening on 27 August, three unidentified men captured one Allah Ditta’s 26-year-old married daughter A (Ashraf) when she left her hut to collect wood in Nai Abadi area, in the limits of the Sambrial police station.

The accused persons first snatched Rs 6000 from the custody of the woman and then tried to gang rape her. Upon resistance offered by the desperate woman the infuriated accused tried to cut her tongue with the help of some sharp-edged tool and after injuring her tongue managed to flee from the spot. The IGP Punjab has taken serious notice of the incident and sought reports from the concerned local police high command in that connection.

Meanwhile the police have registered a case against the accused under sections 336m 354, 356 and 34 of the ppc and started conducting raids to apprehend them.