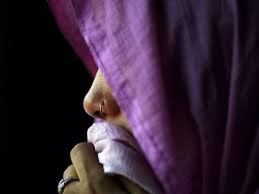 Posted by: admin in Honour Killings July 17, 2022 Comments Off on Woman killed over marriage of choice 42 Views

RAHIM YAR KHAN: A woman was killed by her brother and uncle at village Mud Alyas in the limits of Saddar police of Khanpur tehsil for contracting a marriage of her choice.

Reports said ‘S’ was engaged with her cousin, Ijaz. But two months back, she escaped from home and contracted a court marriage with Imran Arian.

She came back to meet her parents on Saturday when her brother, Aslam, and uncle, Fayyaz, shot her dead. When the woman’s parents tried to save her, they were also injured in the firing and had to be shifted to the Shaikh Zayed Hospital in critical condition.

Police arrested the suspects, recovered the murder weapon and registered a case against them.