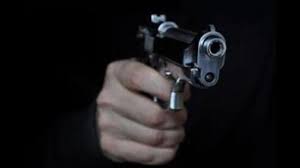 Posted by: admin in Gender Based Violence August 25, 2022 Comments Off on Woman kidnapped, shot dead 21 Views

OKARA: A married woman was shot dead after kidnap here on Monday at Khalsa Othwal village, some 20km in north of the city.

As per first information report, complainant Fateh Khan alleged that his daughter Sadaf was taking rest along with her one-year-old daughter on Monday afternoon when armed suspects Shahzad, Ihsaan and their unidentified accomplice entered the house, kidnapped her and took her to a farmhouse. Shahzad and Ihsaan allegedly shot her dead.

Gogera police have registered a case under sections 365, 302 and 34 of Pakistan Penal Code.