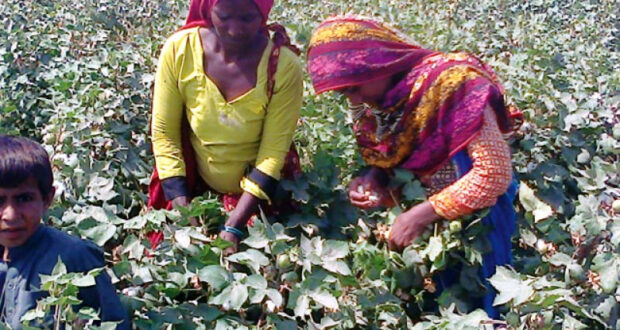 The women agricultural workers unlike their male counterparts remain exposed to violation of their rights in addition to the health effects despite enactment of several laws for their protection.

At a dialogue titled ‘understanding climate change impacts on health of women agriculture workers’, organised by Sindh Community Foundation (SCF) in Hyderabad on Wednesday, the speakers pressed the government to play a proactive role.

The resolutions passed at the event called for implementation of the Agriculture Women Protection Act, 2020, registration of agricultural workers and issuance of the labour and health insurance cards. It was demanded that the Occupational Safety and Health Act in Sindh should be revisited especially to include the women workforce and to ensure strict monitoring.

Briefing the dialogue the SCF Head Javed Soz said women employed for cotton picking were particularly vulnerable to severe health effects because the crop is harvested during extreme summer heat. They are also supposed to be provided protective gear during the picking which mostly causes allergies and skin diseases due to pesticides but the safety protocols are hardly followed in Sindh, he lamented.

Soz said the situation requires urgent measures to protect the country’s agricultural workforce which are exposed to certain health effects due to the increasing temperatures.

Nadeem Shah of Sindh Abadgar Board, a farmers’ lobbying group, said the farmers should be sensitized about the climate change adaptation. He suggested that the vegetation and reforestation on the agricultural lands should also be encouraged.