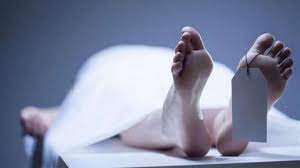 FAISALABAD – A woman committed suicide over a domestic dispute here on Wednesday. A police spokesman said Rasheedan Bibi, the wife of Zameer Hussain, swallowed poisonous pills after quarreling with her in-laws over a domestic issue. She was shifted to a local hospital from where she was referred to the Allied Hospital where she died. The body was handed over to the family after completing legal procedure.

A young motorbike rider was killed in a road accident here on Wednesday. According to Rescue1122, motorcyclist Abu Bakar (25) s/o Jameel was on his way on Jhang road when he collided with a bus of a private company near Thikriwala bus stop. He suffered multiple injuries and died on the spot. The body was shifted to mortuary for postmortem.