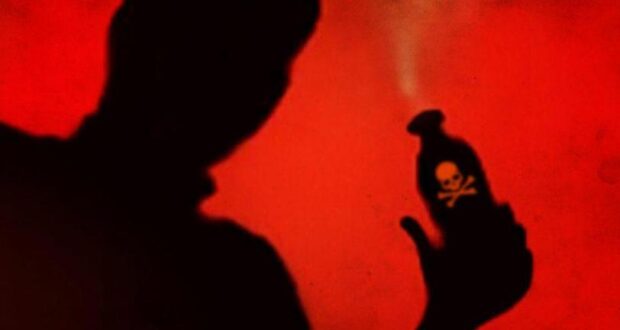 BAHAWALPUR: A woman suffered serious burns on Monday, allegedly when her husband and in-laws threw acid on her at a Sukhail village in the limits of Dera Nawab Sahib police station, about 40kms from here.

According to the district police, victim Parveen Bibi had strained relations with her husband Shahbaz, both residents of Sukhail village near Dera Nawab Sahib.

The police said Parveen had earlier filed a case against her husband for subjecting her to torture. After the torture incident, she had move to her parent’s house. However, her three-year-old son, Ali Abbas, was still with her husband.

In her latest complaint to the police, Parveen Bibi stated she had gone to her in-laws’ house to meet her son, where her husband and his family tortured and abused her for lodging the torture case against Shahbaz.

She said her father-in-law Riaz, mother-in-law Faiz Bibi and sister-in-law Sajida Bibi brought a bottle of acid and threw it on her, inflicting serious burns to her face, arms, legs and other parts of the body.

The victim had been admitted to the Ahmedpur East Tehsil Headquarters Hospital, where she was stated to be in a serious condition.

The police registered an FIR (No.29/21) under section 336-B of the PPC on the complaint of the victim, without making any arrest so far.