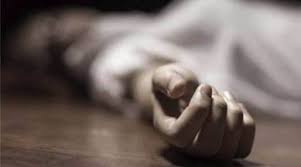 Posted by: admin in Domestic Violence December 7, 2022 Comments Off on Woman beaten to death 50 Views

OKARA: In Chah Bholawala, close to village 42/SP, a woman was fatally beaten at home.

According to a first information report on the matter, Khalida, a mother of four, and her family moved from Pakpattan to 42/SP area three weeks ago.

When Muhammad Ramzan visited his daughter on Monday, he witnessed Khalida being beaten by her husband Akram, Ghafoor, and Muhammad Imam. After being struck in the head, she lost consciousness and tragically died.

The Haveli Lakha police filed a case against three suspects under sections 30 and 34 of the Pakistan Penal Code in response to Ramzan’s complaint.

A rickshaw driver was also struck in the head by a stray gunshot.

Muhammad Zaman, with his brother Ali Irfan, was travelling on their rickshaw when, near Basti Ghulam Qadir, Ali went to a roadside shop where he received a bullet shot. Rescue 1122 shifted Ali to a local hospital.

The Chorista Mian police registered a case against an unidentified suspect.

2022-12-07
admin
Previous: Industrialist, son, employees booked for ‘murder’ of maid
Next: Alvi concerned over restrictions on women to pray at Faisal Mosque