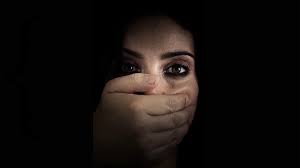 KURIANWALA: A young man lured a woman under the pretext of a job and sexually assaulted her. Meanwhile, a rickshaw driver and a woman foiled rape attempts by making noise. Police have registered cases and carried out raids to arrest the accused.

According to the police report, the victim, a Mansoorabad Street 7 resident, stated that she knew the suspect, Khawaja Adnan, who was a friend of her husband’s. He invited the victim to his home in Mohalla Islamnagar under the pretext of offering a job.

Adnan, along with two unidentified accomplices, allegedly sexually assaulted the victim, leaving her near the Civil Hospital, and fled. Civil Lines Police registered a case against the three accused under the provisions of 376 PPC and carried out raids to arrest them.

Meanwhile, four people tortured and sexually abused a rickshaw driver in Millat Town Bawa Chak. Additionally, a resident of Chak No. 58 GB, was allegedly assaulted by Nawaz alias Kala. The accused allegedly broke into the home by climbing over the wall, before assaulting the victim. In both cases, the victims thwarted the attempts by making noise and drawing the attention of passersby.