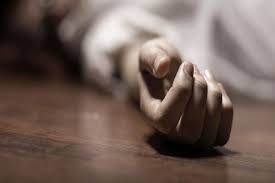 Posted by: admin in Harassment July 23, 2022 Comments Off on Woman allegedly commits suicide over harassment 87 Views

SUKKUR: A woman has allegedly committed suicide after failing to get protection from her ex-husband in Larkana, but before committing suicide, she has exposed the lawlessness in the province through a video message.

A Larkana-based woman identified as Rozina Gopang issued a video on social media in which she narrated her story that how she was being threatened and physically abused by her ex-husband Mir Muhammad, who also abducted her four-year-old son Ibrahim.

She claimed that Mir Muhammad divorced her but used to break into her house and subjected her to physical and sexual torture. In her last message, the deceased said that she went to the SSP Khairpur and SSP Larkana offices to lodge her complaint against the alleged accused but instead of taking action against the culprit, the police had blamed her. She also said that she would plead the court for getting her son’s custody.

After getting disappointments from all fronts, the body of the pleading woman was found on Thursday hanging with the ceiling fan. Sonia, sister of the deceased woman, accused that Rozina’s ex-husband had murdered her as her former husband had called her sister to come to Larkana to get her child’s custody, and despite her giving the child, the accused had allegedly killed her. IGP Sindh Ghulam Nabi Memon has taken notice of the viral video and ordered DIGP Larkana to investigate the incident and take immediate action against the involved culprits.