Posted by: admin in Views and Opinions 8 days ago Comments Off on Violence against women and Islam 37 Views

GLOBALLY, an estimated 736 million women are abused — and most violence against women is perpetrated by their husbands or intimate partners, according to the United Nations.

Gender-based violence has become prevalent across the world with statistics saying one in three women is abused in their lifetime by an intimate partner.

This abuse comes in different forms, be it physical or psychological. Despite some figures suggesting the figure is higher than that, this violence is evident in every race, religion and social setting.

In some corners, this type of gender-based violence is regarded as Intimate Partner Violence (IPV).

According to the US Department of Justice, between 1998 and 2002, of the almost 3.5 million violent crimes committed against family members, 49% of these were crimes against spouses.

As it is often said and even seen, however, Islam has proffered a solution to all our problems – hence our motivation for looking at gender-based violence that has been deeply entrenched in our society from the prism of Islam.

Marriage has become the harbinger of domestic violence, despite a number of sayings of the Holy Prophet (SAWW) underscoring the sacredness of the institution.

The Holy Prophet (SAWW) said: There is no institution in Islam that is more sacred than the institution of marriage.

The Allah Almighty devotes an entire chapter of the Quran, the holy book of Islam, to women.

In addition, He directly addresses women repeatedly throughout the Quran. Islam proclaims that all human beings, men and women, are born in a pure state.

The goal of every Muslim is to preserve this purity by shunning evil tendencies and beautifying their inner being with virtuous traits.

Marriage in the Islamic context is a means of tranquillity, protection, peace and comfort. Abuse of any kind is in conflict with the principles of marriage.

Any justification of abuse is in opposition to what the Allah Almighty has revealed and the example of the Holy Prophet (SAWW).

In Quran and Hadith, we have seen Islam’s description of marriage, which categorically elucidates it as an exceptional and significant institution.

An instance is in the Qur’an: And among His signs is this: He created for you mates from among yourselves, that you may dwell in tranquillity with them and He has put love and mercy between your (hearts): Verily in that are signs for those who reflect.

Tranquillity, love and mercy in the afore said verse are the keywords. This is enough to show us how the Allah Almighty places marriage and its guiding principles.

In Islam, violence can never come in the same sentence as the sacred institution of marriage.

Similarly, in Holy Qur’an, the Allah Almighty said: The Believers, men and women, are protectors of each other.

They enjoin what is just and forbid what is evil: they observe regular prayers, practise regular charity and obey the Allah Almighty and His Messenger.

In yet another verse, the Allah Almighty commands justice, the doing of good and liberality to kith and kin and He forbids all shameful deeds and injustice and rebellion: He instructs you, that you may receive adm

In the Quran, in a similar development, underscored the image of women in Islam where it says: O believers treat women with kindness even if you dislike them; it is quite possible that you dislike something which the Allah Almighty might yet make a source of abundant good.

The Holy Prophet (SAWW) has also been quoted in a variety of traditions buttressing the viewpoint.

Moreover, the Holy Prophet (SAWW) never resorted to beating his wives, regardless of the circumstances.

Another Hadith of the Holy Prophet (SAWW) says: Give her food when you take food, clothe her when you clothe yourself, do not revile her face and do not beat her.

In the Holy Qur’an, the Allah Almighty said: They are your garments and you are their garments.

Contemporary Muslim researchers and writers like Nada Ibrahim, a Senior Research Fellow in Domestic and Family Violence at the University of South Australia are now mostly of the opinion that, any violence and coercion against women that is used to control or subjugate is considered to be oppression and is unacceptable in Islam – even if it is sanctioned by cultural practises.

Arabian society at the beginning of Islam sanctioned appalling violence towards women. But far from giving permission for wife-beating, the Allah Almighty prohibited or at least severely curtailed excessive violence against women.

The Allah Almighty repeatedly says in the Holy Quran to show love and kindness and warns that men should not harm their wives even after divorce.

The Allah Almighty has even forbidden us all to call each other bad names and to humiliate one another.

Abusive behaviour does not reflect the kindness and love that is required of us all to show towards our spouses.

In conclusion, Islam has an extensive tradition of protecting the civil liberties of women based on the guidelines set forth by the Allah Almighty and His Holy Prophet (SAWW).

Women are empowered with many rights and protections under Islamic law and are honoured with a dignified stature in society.

Violence in any form should be understood as having no place in Islam. After going through this factual evidence, it should also be known that Islam does not in any way denigrate a woman to the extent that she should be physically, sexually, mentally or spiritually abused.

How to End Violence against Women and Girls? 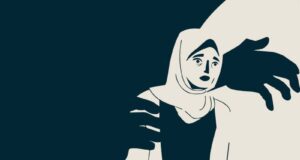