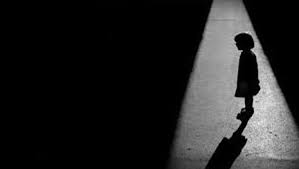 Villagers, police save seven-year-old from sexual assault in Dadu

Posted by: admin in Gender Based Violence July 15, 2022 Comments Off on Villagers, police save seven-year-old from sexual assault in Dadu 24 Views

DADU: Villagers with the help of police caught a man red-handed when he was attempting to subject a seven-year-old girl to sexual assault in Karimdad village on the outskirts of the city on Thursday.

The villagers informed police when they spotted the suspect park his rickshaw outside an abandoned mosque on Nabban Khan Lund link road and drag the girl inside the building.

As soon as police arrived, the villagers and the law-enforcers entered the building and caught the suspect red-handed. Police registered a case on a complaint lodged by Shaukat Korejo, the girl’s uncle against the suspect at A-Section police station in Dadu under Sections 304-A, 376, 511 PPC, said SHO Ashfaq Mangi.

He said the rickshaw driver had abducted the girl from Nangar Colony and brought her to the village to rape her but timely action by villagers and police saved the child.

Police had issued a letter for medical examination of the victim and it would take further action after receiving its report.