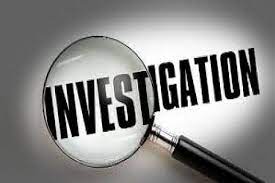 Posted by: admin in Gender Based Violence June 21, 2022 Comments Off on Two-Member Body to Probe Death of Pregnant Woman 89 Views

MUZAFFARGARH   –   The Medical Superintendent (MS) Faisal Raza Sehrani of District Headquarters Hospital (DHQ) on Monday constituted a two-member committee to probe the death of a pregnant woman who allegedly lost her life due to doctors’ negligence.

According to the hospital sources, the husband of the woman namely Muhammad Afzal submitted an application with MS office for investigation into her death. The woman Shamim Afzal was referred to the hospital on June 18. On June 29, her husband contacted staff concerned when her conditioned deteriorated but she remained unattended. Upon Afzal’s repeated requests, a nurse injected her a medicine which her husband thinks reacted and Shamim lost her life.

According to police, Qari Sajjad Hussain, resident of the nearby village was returning home from Kot Addu city on motorcycle when two unidentified armed robbers intercepted him near Taunsa Barrage.

They held him hostage at gun point and snatched cash and motorcycle from him. Meanwhile, the robbers shot youngster dead when he tried to resist the robbery. The criminals managed to escape safely from the scene. The police registered the case and started investigations.  However, the local people and traders union staged protest demonstration against rising incidents of dacoity and robbery in the area.

They demanded the DPO Muzaffargarh to arrest the criminals to provide sense of security to people.

Muzaffargarh police handed over 35 stolen motorcycles to their owners in a ceremony, here on Monday.

Addressing the ceremony, he urged upon citizens to take special care of their bikes and other vehicles. They should park vehicles in parking areas. They should also lock their vehicles properly. He however added that strict punishment would be given to thieves.