Police on Tuesday arrested two suspects after a video of a female student of the 10th grade went viral on social media. In the clip she complained that she and her family and friends were being harassed.

According to the video, the girl was a resident of Essa Nagri. She said her family background wasn’t financially strong. She also said that for the past couple of years they were being harassed and were now unable to continue living there.

She pointed out that many of the locals there had been harassing and threatening them. She said that whenever she or her sister or friends went out, they were stopped by the men, who threatened to kill or kidnap them if they refused to befriend them.

The girl said that her mother had been mentally ill ever since her accident, adding that the family was being supported by only her grandmother, and that she herself had been trying to look for a job.

She said that last week she was returning home with her sister, cousin and friend, when one of the locals slapped her sister. After that the family complained to the Federal Investigation Agency (FIA).

She said that when her parents were returning from the FIA, another man beat up her father. She claimed that the local police were involved with the people harassing them. The girl said she also attempted to take her own life by consuming a toxic substance.

She said the locals came to their house and threatened her mother, adding that when her mother went out of the house, the men misbehaved with her. “I appeal to you all to please get me justice.”

After the video went viral on social media, Sindh Governor Imran Ismail took notice of it and ordered the provincial police chief to arrest the people involved in the incident.

The police then raided the locality and arrested two men, who were identified as Anwar Zada, alias Kamal, and Younus Buneri. The officials initially said the police would register a case against the suspects if the family refused to do so.

Moreover, at the time of their arrest, the girl who had shared the video said she was consulting with her family about becoming a complainant in the case. 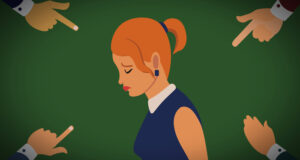