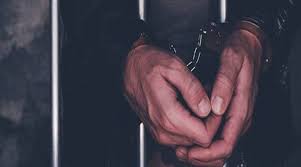 Sindh Ombudsman for Protection against Harassment of Women at the Workplace has found two officials of the provincial health department guilty of sexually harassing lady health workers.

Her lawyer Mumtaz Begum Noonari claimed that Shah had been teasing female employees of the department, including her client, since being posted as the health officer, while the other accused supported his illegal acts. She said Shah would force the employees to stay in his office until late evening and sometimes until late night, and he also used to make phone calls, due to which the women had started feeling unsafe.

Justice (retd) Shahnawaz Tariq announced that the complainant had proved her allegations against the accused. He, therefore, imposed a fine of Rs300,000 on Shah and Rs100,000 on his subordinate with the direction to pay the amount to the complainant as compensation within 30 days without fail.

He called for a copy of the order to be forwarded to the health secretary and the provincial accountant general for its compliance in letter and spirit. The ombudsman said that the amount be deducted from the service benefits of both the accused or through the sale of their movable or immovable properties.

He noted that the health worker had filed a complaint against the accused with her department on November 26, 2018, but due to official apathy, she approached the ombudsman within a week. The health department had later formed an all-men committee to inquire into the harassment allegations.

“It was incumbent upon the department to constitute an inquiry committee as envisaged under Section 3 of the Act 2010, but the department has deliberately ignored the mandatory provisions of the Act,” he observed.

He said that no female officer was made part of the committee, which was the essential requirement of the law, and the confidentiality of the inquiry proceedings was also not maintained in utter disregard of the Act.

The ombudsman said the health department had failed to evolve a mechanism as regards dealing with complaints of sexual harassment and to ensure protection of its staff. “Undeniably, no training to deal with harassment complaints has been provided to the officers and staff in accordance with the Act, nor the department has approached the ombudsman’s office for a training programme.”