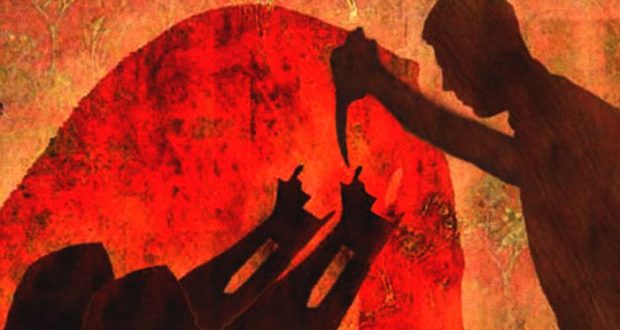 SHIKARPUR – Two female cousins were gunned down by their relatives for allegedly having illicit relations with some persons at Jaan Muhammad Lashari village, Dakhan Town, here the other day. According to Bado police SHO Mumtaz Channa, the deceased were identified as Zameera (18), daughter of Punhal, and Haleema (16), daughter of Khan Muhammad.

They were shot dead by their cousins namely Nisar Ahmed and Aamir Ali with a shotgun for allegedly having illicit relations with Khalid and Ali Gohar Lashari—the suspects’ relatives. The SHO said that the suspects had fled from the scene after killing the girls; however, the police chased them and succeeded in arresting them. “The police have recovered shotgun from the accused and they have confessed to the crime,” said the SHO. “The girls’ bodies have been handed over to their families after post-mortem at Ghari Yasin Taluka Hospital,” he added. “An FIR [11/2019] under section 302-311 has been lodged against the accused and they would be presented before court,” he concluded.

An FIR (13/2019), in respect of child marriage, has been lodged at Naparkot police station on the complaint of Assistant Sub Inspector Shahzoor Jaffari on behalf of state against groom Soomar alias Shaman Soomro, father of the underage girl named Hanif Shaikh, and 20 others under section Sindh Child Marriage Restraint Act 2013 crime no 3-4-5. It is worth mentioning here that Shikarpur police, after receiving information with respect to child marriage, had taken into custody an underage girl named Malookan alias Guddi, 10, and 45-year-old groom during a raid.

2019-05-05
Web Desk
Previous: Importance of women participation in TVET sector highlighted
Next: ‘Skill education is a must for female youth to work in today’s competitive job market’