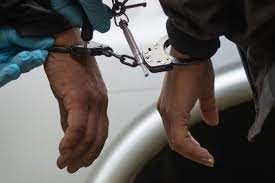 Posted by: admin in Gender Based Violence August 13, 2022 Comments Off on Two Arrested In Layyah Gang-Rape Case, Say Police 43 Views

MULTAN   –    The police on Friday took two out of seven nominated accused into custody, who were involved in sexual assault with a girl and pornography scandal in Layyah.

A spokesperson for Punjab police said that the police took two accused Abrar and Shaukat into custody and started investigation while special teams were conducting raids to arrest  rest of the accused.

The Punjab Chief Minister and Inspector General of Police took notice of the incident and issued orders for the arrest of the accused while Additional Inspector General Police South Punjab formed two special teams.

The spokesman further said that the Joint Investigation Team (JIT) had also been formed to investigate all aspects of the incident.

The DNA samples of the victim girl have been sent to forensic lab.

The rest of the accused would be arrested and all the facts would be revealed soon, the spokesperson said.

He further said that all aspects of the incident were being examined and the police teams were proceeding with investigation in the light of incidental and forensic evidences.