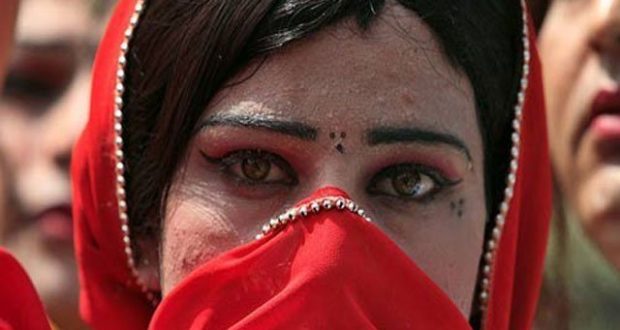 Nowshera: A transgender was shot dead near Babu Khwar in the limits of the Cantonment Police Station on Sunday, official sources said.

A police party was on a routine patrol when it spotted the bullet-riddled body of a teenager.

The police shifted the body to the District Headquarters Hospital for autopsy and identification.

The heirs reached the hospital and claimed the body where the slain was identified as Aftab Ahmed alias Maya.

His father Aurangzeb told the police that his son Aftab Ahmed, 17, was born as transgender and had joined a group of transgender people known as Meena Group in Peshawar.

He said he tried his best to stop his son from being a part of the group as it had brought a bad name to his family but to no avail.

Aurangzeb disclosed that his son was coming home on a motorcycle along with his uncle Jamshed and brother Adnan. He feared they might have killed him.

The police later arrested the father of the 19-year old Maya and started investigation into the case. They said the transgender person had been shot dead. According to details, Maya’s father along with other accomplices allegedly shot dead Maya. Police shifted the body to hospital for post-mortem. The transgender community has announced to stage protest in Peshawar against Maya’s murder.