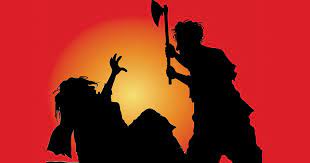 Posted by: admin in Honour Killings July 27, 2022 Comments Off on Three killed over ‘Karo Kari’ 30 Views

As many as three people have been killed on Tuesday on the pretext of ‘Karo Kari’ in two different incidents in Larkana and Ghotki districts.

Reports said a man identified as Rab Nawaz Umrani shot dead his wife Sonia in Ratedero of district Larkana after declaring her a ‘Kari’. The police shifted the body to Ratedero Taluka Hospital and failed to arrest the accused, who had managed to escape from the scene.

In another incident of similar nature, a man Hussain Shar shot dead his wife Ashraf Khatoon and her alleged friend Ali Raza Pitafi in village Pir Bux Ghabrani near Daharki in district Ghotki, when he saw them together at his house.