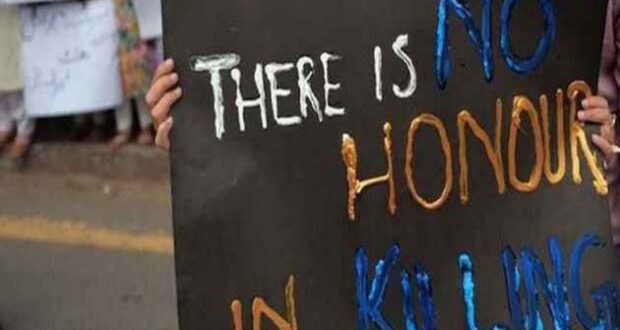 CHARSADDA/DERA ISMAIL KHAN: Three persons, including a couple, were shot dead for honour in two separate incidents on Friday.

Officials said the couple was shot dead by the girl’s father in Londah village of Charsadda.

They said the girl’s father lodged report in Nesata police station against missing of his daughter. The police arrested the couple, but later the husband was set free on surety bond and the girl was sent to Darul Aman.

According to family sources, the accused brought his daughter to his house from Darul Aman but the girl tried to flee with her husband. This infuriated her father, who shot both of them dead. The police registered case and started further investigation.

Meanwhile, a man was killed over an honour-related issue in the limits of Daraban Kalan police station of Dera Ismail Khan.

The police registered a case on the complaint of a man, saying that a man and his son gunned down his brother, 21, for having affair with his daughter.

The accused escaped the area after the incident. The police launched investigation after registering a case.