Posted by: admin in Gender Based Violence 6 days ago 0 23 Views

MANSEHRA: The police on Wednesday arrested three persons on the charges of blackmailing a young girl Jabori area of the district.

“We have arrested the three accused who had kidnapped a young girl and made her video after the sexual assault last year and they were now threatening her to have illicit relations with them,” Sajjad Khan, the district police officer, told reporters.

The DPO said that the accused identified as Syed Saad, Babar Idrees and Abdul Razzaq had kidnapped a young girl in March last year and made her videos after sexually assaulting her.

The police had arrested three accused who were granted bail by a local court. “They started threatening the girl with dire consequences,” Sajjad said. 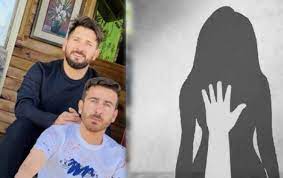