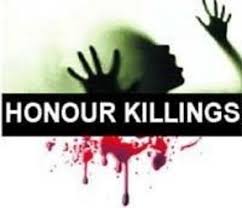 KARACHI: A teenage boy was shot dead and a girl was critically wounded over so-called honour in Orangi Town on Wednesday, police said. They added that Zahid, 18, and Naheed, 17, were shot at and wounded by gunmen in Baloch Goth. The male was taken to the Abbasi Shaheed Hospital, where doctors pronounced him dead on arrival.

The girl was shifted to the Dr Ruth Pfau Civil Hospital Karachi, where her condition was stated to be serious. Area SHO Sarfaraz Ahmed Baloch said the girl’s relatives had suspicions that the teenagers were in love with each other. He said the girl’s two uncles, Naimatullah and Mohammed, were allegedly involved in the attack. They escaped from the crime scene. Both suspects and the victim’s relatives were neighbours and belonged to the same Magsi community.

A 52-year-old man was found murdered in the New Karachi Industrial Area on Wednesday, police said.

They added that Shakir Sabir was found dead with torture marks in a home in Makkah Colony of Sector 11-G. Area SHO Nazeer Zaheer said the victim lived with Yasir and Hasan, who were missing after the incident. He said that the police had gathered information from area people who said they had a monetary dispute. It appeared that the suspects strangulated Shakir to death with a piece of rope. Besides there were injuries on his head caused by a hard and blunt object. The victim and suspects were auto mechanics.