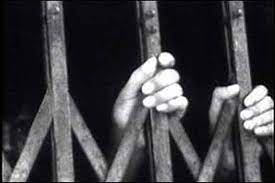 Posted by: admin in Gender Based Violence October 13, 2022 Comments Off on Teacher ‘who raped girl student’ sent to jail after completion of physical remand 49 Views

A local court has remanded in judicial custody a schoolteacher arrested for allegedly raping a teenage student in Karachi’s Surjani Town.

The teacher, Basit, was arrested and booked on a complaint of the 14-year-old victim’s family last week. The investigation officer (IO) produced the suspect before the judicial magistrate-VI West on the completion of his physical remand. The magistrate then sent him to prison until October 18 with a direction to the IO to submit a charge sheet against the suspect on the next hearing.

The IO said that on September 27, the schoolteacher gave his 14-year-old student some sleep-inducing substance at the school, following which the girl fell unconscious. The suspect then took her to an abandoned plot in the Khuda Ki Basti area and subjected her to criminal assault with his four companions.

An FIR has been registered under the sections 34 (acts done by several persons in furtherance of common intention), 511 (punishment for attempting to commit offences punishable with imprisonment for life or for a shorter terms) and 375 (rape) of the Pakistan Penal Code (PPC) at the Surjani Town police station.

According to the FIR, the complainant, the victim’s father, said the incident came to the notice of the family after his daughter seemed unwell and scared, and she was also not going to school. When her mother asked the girl if something was wrong, she disclosed the entire incident. The father then approached the police to register a case.