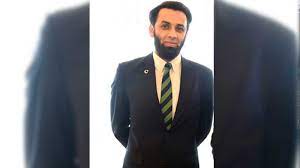 Home Minister Punjab Atta Ullah Tarar presided over a meeting here on Tuesday to curb the rising incidences of child abuse and women rape cases. The meeting was attended by parliamentarians, representatives of civil society and police officers and lawyers.

The Provincial Home Minister expressed concern over the rising number of rape cases. Atta Ullah Tarar declared a state of emergency across the province in response to the rising incidence of rape. He said that instructions had also been issued to form five committees to prevent such cases.

The committees would consist of parliamentarians, representatives of civil society, police officers and lawyers and these committees would make detailed recommendations to prevent such incidents. In light of these recommendations, we will pass new laws as well as strictly enforce existing laws. “The increase in such incidents over the last few years is a matter of grave concern,” he added.

He said that instructions had been issued to the Prosecution Department to provide details of such cases within 48 hours and all the commissioners and administrative officers have been directed to visit such unsafe areas. He said that awareness campaign was a need of the hour to prevent such incidents and civil society, the media and parents must do their part to prevent such incidents.

The Provincial Home Minister said that special training would have to be provided to the children and parents so that they could gain awareness in this regard. He said that all persons have to fulfill their responsibility to prevent such incidents so that we could provide a safe and peaceful environment for future generations.

The participants in the meeting came up with their own suggestions to get rid of such incidents and the Provincial Home Minister assured that the workable recommendations would be strictly implemented.