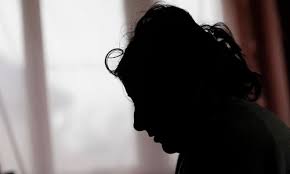 SWABI: The police on Friday recovered a woman chained by her family for three years in Manki village of Chota Lahor tehsil here.

District police officer Mohammad Shoaib Khan told reporters that the woman’s father, Mohammad Ayub, and brothers Fazalullah and Saifullah were taken into custody and were booked under sections 354, 344, 506 and 34 of the Pakistan Penal Code.

He said the woman had returned to her father’s home 12 years ago after being divorced by her husband.

The DPO said the woman’s mother passed away long ago, while her father took the second wife, whose complaints led to her frequent torture by him.

DSP of Chota Lahor tehsil Taj Mohammad, who recovered the woman, said she was chained in a room and was unable to walk around.

He added that the woman was shabby and unkempt, while her room had no washroom.

The police learned about the woman on a tip-off from unidentified neighbours. They found her to be physically very weak and helped her get into their van.

The police said the woman was likely to be produced before a local magistrate today (Saturday) to decide if she needed medical treatment or she should be sent to the Mardan Darul Aman.