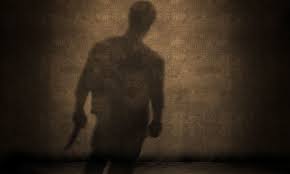 Suspect who stabbed toddler, mother to death arrested in Rawalpindi

A man who allegedly brutally stabbed a baby and his mother over the weekend, leading to the death of both of them, was arrested in Rawalpindi on Tuesday, police said.

A distressing video showed the now-deceased woman, Naseem Bibi, sitting on the open ground amid bushes with a large gash visible on her neck and her minor son’s lifeless body lying next to her. The clip was widely shared on social media, with #JusticeForNaseemBibi among the top trends on Twitter in Pakistan.

Rawalpindi Police in a tweet said police teams had been hunting for the suspect for 72 hours and he was finally arrested today from Chak Beli Bazaar. Police said they would ensure that the suspect received the deserved punishment under the law.

A first information report (FIR) was registered under Sections 302 (premeditated murder), 324 (attempted murder) and 376 (punishment for rape) of the Pakistan Penal Code on the complaint of the deceased woman’s sister.

In her statement, Shamim Bibi said that she and her sister Naseem along with the latter’s 1-1.5 year’s old son lived with their uncle in Rawat. She said they were extremely poor and survived through begging in the streets.

According to the FIR, after the two sisters and the child reached Chak Beli Bazaar on July 24 in order to seek alms, they were approached by the suspect at around noon.

The suspect, who according to the FIR was known to Naseem, made her and her son sit on his motorcycle and went towards Mahuta Mohra village, while asking Shamim to wait for them.

Around two hours later, Shamim saw the suspect speed by her on his motorcycle without Naseem or her son. This raised Shamim’s suspicion and she along with her uncle started searching for the mother and child, eventually finding Naseem Bibi in a distressed state in a forest in Mahuta Mohra, the FIR said.

Naseem informed her sister and uncle that after bringing her and her child to this spot, the suspect had raped her and subsequently took out a knife from his pocket and attacked her. She was struck on her neck and was left severely injured.

The suspect then attacked Naseem’s minor son in a similar manner and hit him in the neck, leaving him severely injured. After Naseem raised a noise, he fled the scene on his motorcycle, the FIR added.

Naseem’s son succumbed to his wound while he was being transported to hospital, while Naseem herself died from her injuries a day after the incident at District Headquarters Hospital Rawalpindi.

Talking to Dawn.com, CPO Ahsan Younus said the facts and circumstances of the case would be ascertained after interrogating the suspect.

He said the suspect deserved strict punishment, and he would be challenged along with solid forensic evidence so that he could be handed the appropriate sentence.