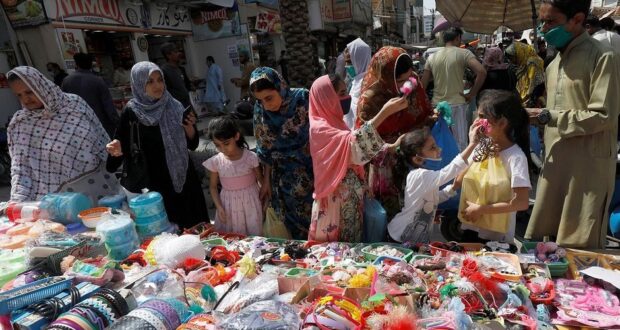 Special market to be set up for women in Islamabad

Islamabad: A special market will be established in Islamabad for women where they may run their businesses and to have their own stalls.

It was stated by Minister for Interior Sheikh Rashid Ahmed in a meeting with delegation of Islamabad Women Chambers of Commerce (IWCC). The minister said that 50 per cent population of the country consisted of women and polices have been made to bring them in mainstream.

He also discussed facilities being planned for women to run their businesses in Islamabad. Sheikh Rashid Ahmed said that it is imperative for development to involve women in economic activities.

For the purpose, he said that several proposals have been made in the current budget for social and economic uplift of women. He said that loans are being given to women on priority for increasing the circles of their businesses.

Various steps would be ensured for providing resources to women for businesses while IWCC would be also offered opportunities in the women market of capital.

Moreover, he said that separate desks would be set up for women at NADRA and passport offices. The delegation headed by IWCC president Samina Fazeel thanked the Minister for Interior over taking steps for welfare of women.