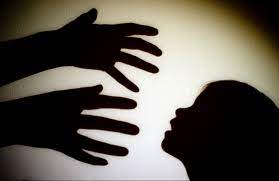 TAXILA: A sixth grade student was sexually assaulted in the jurisdiction of Jand police station of Attock on Tuesday.

Police while quoting family members of the victim said that the girl was coming home when a man along with his friend intercepted her on Narri road and forcefully took her to his house on his motorcycle where he assaulted her.

The victim came back home and narrated the incident to her family, who took her to the local hospital for a medical examination. Police registered a case after the medical report confirmed the assault.

The suspect has been arrested.